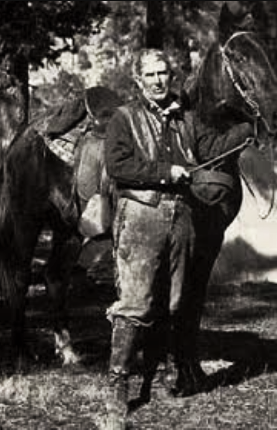 Zane Grey and his horse Carlos

There are plenty of other blogs out there that deal with the subject of Zane Grey. Some of them are on my list of sources. These sources show the great variety of people Zane Grey managed to reach with his writing. Not only people who live for words were reached by the works of Zane Grey.

Other types of artists have felt his influence in their lives and their art. Journey of a horse painting is only one such example of an artist being influenced by the love Zane Grey had for nature and the twists and turns of our labyrinthine minds.

My blog is the result of my starting to write about Zane Grey on my regular book blog. That post grew out of all proportions and I was finally left with the choice of stopping what I was doing or needing to dedicate a whole site to Zane Grey and my thoughts on his works. Being the autist (asperger) I am, I stuck with my obsession and here we are.

Authors appeal to us for many reasons. I have read severe criticisms of Zane Grey’s writing but also great acclamation for the way he tried to speak up about issues of his day and his descriptions of nature. While Zane Grey considered himself a romance writer, I find that my attraction to him lies in his ability to question the standards of his day and to help me love nature even more.

My father introduced me to the world of Zane Grey. I became an instant fan of Westerns. My dad’s introduction to the world of the Old West authors came through his library. As soon as he was old enough to get his own library card, he did and borrowed as many books as he could – among them Zane Grey’s contributions.

When I later had children of my own (and had kept all of my old Zane Grey’s) I got to introduce my sons to him. History repeated itself and one of them read the whole bunch. Sadly, I was not able to convert my other son but three generations of Zane Grey readers is not half bad.

As a child I think that what appealed to me about Grey’s Wild West was partly my hero-worship of my father and partly my love of horses and animals in general. I enjoyed the stories of cowmen and their work. The idea of riding around on a horse all day and sleeping under the stars at night seemed adventurous and immensely appealing. 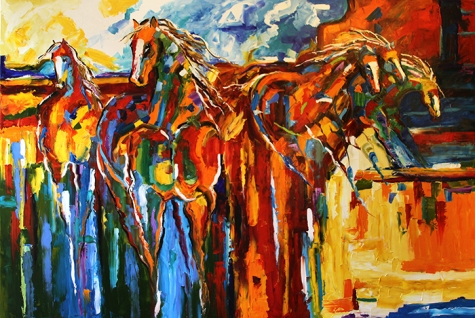 A great many people have protested the language and ethics presented in Zane Grey’s novels. What is important to remember is that the Zane Grey novels were written from 1903 and on. That means the politically correct attitudes in the US (and the rest of the world) were  different than they are today. Or maybe people were just more open about their attitudes.

Zane Grey portrays women and Native Americans in more of a positive light than most of his contemporaries. But he still reflected what a great many middle aged white men in the US thought about different issues. Native Americans, or Injuns, were romanticized and often made into a sort of wonderful savage. Women were considered creatures of their emotions and did not have a leaning toward rational and logical thought. Their place was as a support and as a mother – very much the Victorian view on women. Mexicans, or “greasers”, were small, sly people who had a tendency to want to trick you out of something.

Why on earth would I like an author like that – being a woman and about as far from a cowboy as a person can get? Hmmm. Good question.

My appreciation of Zane Grey comes from his descriptions of nature and animals in addition to his willingness to delve into the more complicated sides of a human being. He tackles the way we mess up our lives yet sometimes manage to pick ourselves up. Grey even tackles situations when we are unable to pick ourselves up from the messes we have made. Some of the fighting leaves a lot of bodies behind and some of the characters are incredibly driven in their need to do harm. Oh, and Zane Grey does not always give you happy resolutions. This is why I like Zane Grey. In spite of (or maybe because of) the zeitgeist of the novels, I wholly recommend Zane Grey to people of all ages.